From a spatial perspective, what’s the most accurate way to measure abortion access? A new article in the Annals of Epidemiology led by CORE postdoctoral scholar Jane Seymour addresses this important question head on.

The investigators used five different geographic units, from census blocks (smallest) up to counties (largest), to generate estimates of the proportion of reproductive-age women in the U.S. living within a 30, 60, or 90-minute drive of an abortion healthcare facility. 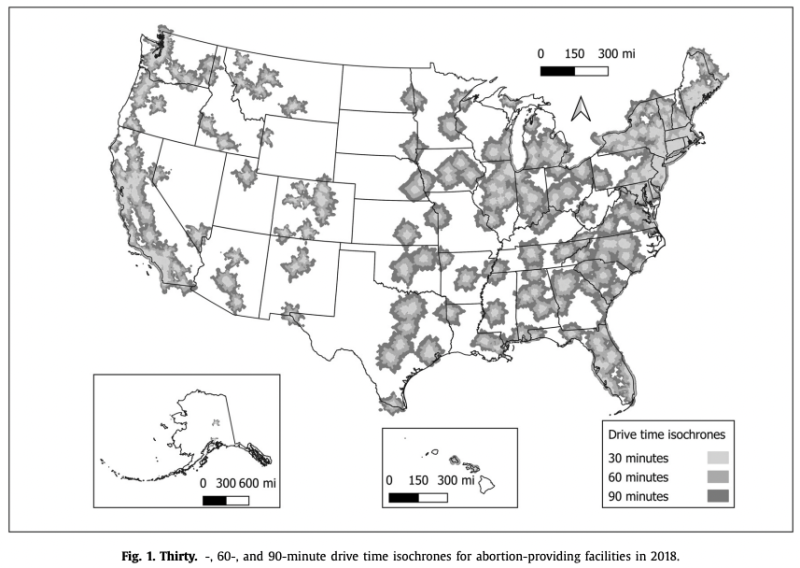 The researchers wanted to examine how much driving distances might be misclassified using each of the geographic units. This analysis was conducted prior to the overturning of Roe v. Wade.

The authors argue that we need to think as small as possible when accurately capturing people’s driving time to abortion care. Even two people living in the same county could have significantly different access.

Research suggests that small distances can create insurmountable barriers to abortion care for some, especially those lacking transportation and financial resources.