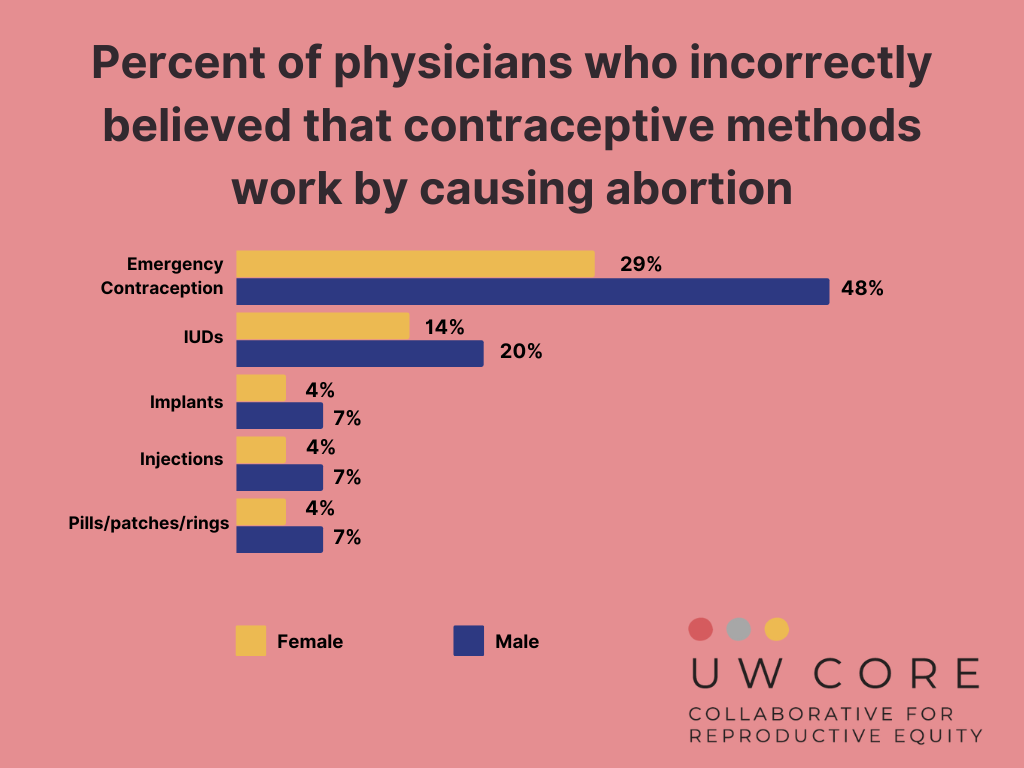 In 2019, CORE conducted a survey of all currently practicing physicians at the University of Wisconsin School of Medicine and Public Health, the largest and only public medical school in the state. A new study led by postdoctoral scholar Laura Swan analyzed responses to questions about how contraception works. Among 893 physician respondents, 17% incorrectly believed that IUDs work by causing abortion, and 39% incorrectly believed that emergency contraception works by causing abortion.

Male physicians were more likely than female physicians to hold these inaccurate beliefs. Physicians who were exposed to abortion during medical education were less likely to incorrectly believe that contraception causes abortion.

Misconceptions about how contraception works are common, and little research has studied this topic among physicians. More medical and public education on these topics is needed. Read the research letter here.