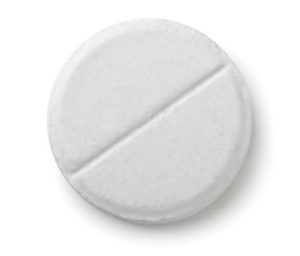 Self-managing abortion is a millennia-old practice, and newer, FDA-approved medications have increased its safety and efficacy. In CORE’s latest brief on Self-Managed Abortion, we consider the methods, legality, and implications of this approach. Given the leaked Supreme Court draft decision that suggests the likely overturn of nearly 50 years of legal precedent with Roe v. Wade, people’s use of self-managed abortion is likely to grow. CORE’s brief examines what the pattern of increasingly self-managed abortions means for people in need of abortion services and the landscape of reproductive healthcare in the U.S.

People who self-manage their abortions use either medications approved by the FDA for abortion—misoprostol, also known as Cytotec, and mifepristone, also known as Mifeprex—or non-FDA-approved methods. Medical and public health organizations, including the American College of Obstetricians and Gynecologists and the World Health Organization, recommend the following regimens: mifepristone and misoprostol used together, and misoprostol used alone.

Misoprostol works by causing the cervix to soften and the uterus to contract, which expels the pregnancy tissue. While misoprostol can cause an abortion, it can be more effective in combination with mifepristone, which blocks progesterone and prevents the pregnancy from progressing.

Research finds that these methods are highly effective for most people, and the medications can be safely taken without an ultrasound or pelvic exam. Taking mifepristone and misoprostol as directed entails less risk of serious complication than taking Tylenol or having one’s wisdom teeth or tonsils removed.

Methods that are not approved by the FDA include the use of plants and herbs, ingestion of toxic substances, intrauterine and physical trauma, alcohol and drug abuse, and other drugs and substances. In a recent national study, among those people who reported having ever self-managed an abortion, 38% used herbs and 20% used physical methods, such as being hit in the abdomen. These other methods are not currently used in formal healthcare settings, and are considered less safe and less effective than pill abortion.

Medication abortion can be administered in a clinic setting or at home, but with self-managed abortion, a person who wants to end their pregnancy obtains and takes the medication outside of the formal healthcare system.

Because self-managed abortion occurs outside of the medical system, it is difficult to measure how many people self-manage abortion care. Based on a recent study of people with the capacity to get pregnant, researchers estimated that approximately 7% of people who can get pregnant in the U.S. have attempted to self-manage an abortion at some point in their lives. In recent years, Aid Access has received about 50,000 requests annually for abortion medications from people living in the United States, and this nonprofit organization is only one of several mail-order services for medication abortion. Use of self-managed abortion is expected to increase as abortion becomes criminalized or increasingly restricted in many US states.

The FDA has decided that certified providers may dispense medication abortion through the mail, but this approach is not legal in some states — including Wisconsin, where prior to Roe’s overturn, medication abortion must be given in the physical presence of a physician. However, the wording of Wisconsin’s 1849 statute also suggests that people who self-manage their abortions will not be criminalized. In the context of potential legal risks for abortion seekers and providers, it is important to consider online privacy in regard to self-managed abortion.

Just as people ended pregnancies with herbs and other interventions for centuries, today, people are taking their healthcare into their own hands by self-managing abortions. Given the hostile climate of abortion access in many US states, including Wisconsin, the use of this method will likely increase- and it is critical that people are aware that safer methods now exist in the form of medication abortion.

For more context and information on how health equity relates to self-managed abortion, read the new brief from CORE on our website.

The Collaborative for Reproductive Equity (CORE) is an initiative at the University of Wisconsin-Madison School of Medicine and Public Health. CORE supports and translates rigorous, policy-relevant research on reproductive health, equity, and autonomy in Wisconsin and beyond.

Learn more about CORE at our About page. 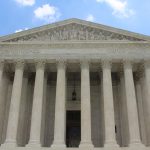 What Will Happen In Wisconsin If Roe Falls?

CORE has paid close attention to the leaked draft opinion in the Supreme Court’s Dobbs v Jackson Women’s Health Organization case that suggests Roe v Wade will be overturned. The opinion is not final; abortion … 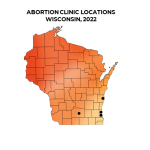 There’s a lot going on in the abortion policy landscape. Here at UW CORE, Collaborative for Reproductive Equity, we are keeping track of the current policies, and will continue to provide updates should these policies … 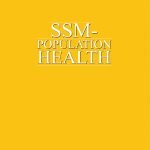 A new study by CORE researchers shows that physicians want to refer patients for abortion services, but many lack the knowledge on how to do so. Published in in Social Science and Medicine – Population …