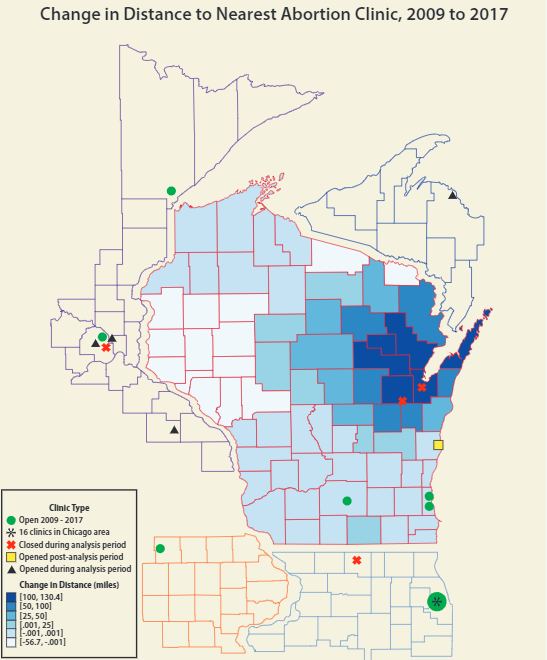 Between 2010 and 2017, Wisconsin passed three laws regulating abortion providers. Two of five abortion clinics closed in Wisconsin, increasing the distance to the nearest clinic to 55 miles on average and to over 100 miles in the most affected counties. CORE Researchers Joanna Venator and Jason Fletcher examined the impact on clinics, birth rates, and abortion rates in this paper published in the Journal of Policy Analysis and Management. The study is titled “Undue Burden Beyond Texas: An Analysis of Abortion Clinic Closures, Births, And Abortions in Wisconsin.”

The brief below highlights their findings:

CORE investigators found that the clinic closures in Wisconsin led to similar if not greater barriers to abortion access than seen in studies of other states. The greatest impacts occurred in counties close to one of the clinics that closed, reducing access to services for those in rural Wisconsin.
https://doi.org/10.1002/pam.22263