Researchers nationwide are working to measure the effects of the June 2022 Dobbs Supreme Court decision, which overturned Roe and returned the authority to regulate abortion to the states. CORE has prepared a brief summarizing Wisconsin data from two recent national studies. 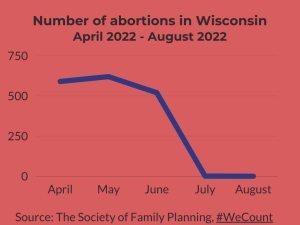 The first study documented a 100% decrease in abortions in Wisconsin between April and August 2022. Abortions increased in border states but the data indicate that many Wisconsinites seeking abortion were unable to access out-of-state care.

The second study found that requests to Aid Access for self-managed abortion medication from Wisconsin more than tripled in the months following the Dobbs decision. Aid Access is the U.S.’s only telemedicine service that provides self-managed medication abortion. 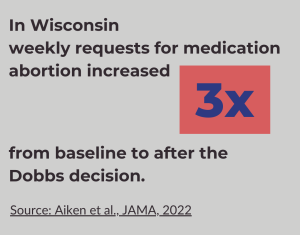 These studies provide evidence that the Dobbs decision has put abortion care out of reach for many Wisconsinites. While some have turned to self-managed medication abortion, many people in need of abortions in Wisconsin have been unable to end their pregnancies.